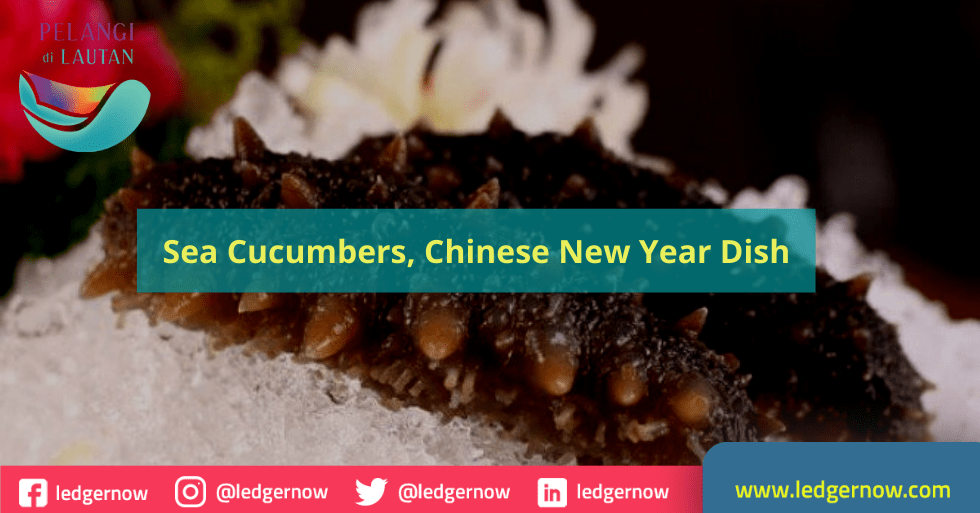 This article is part of the #PelangiDiLautan : Welfare program for smiles at sea

This program is a collaboration between several blockchain-based companies to introduce and explore sea cucumbers more broadly, improve the standard of living and welfare of fishermen, and commit to realize a better economic ecosystem.

The writings in the #PelangiDiLautan program are inspired by the experience carried out in the Saumlaki area, West Southeast Maluku. However, some characters, characters, events, locations and dialogues are fiction and are arranged dramatically to make it more interesting. If there are similarities in the names of characters, places of events or stories, it is merely a coincidence and there is no element of intent

Eating sea cucumbers has many benefits, to fight cholesterol, strokes and other deadly diseases, it is also good for beauty, especially for skin elasticity and freshness. How to get it fishermen have to dive down, and take it at the bottom. Not a mandatory menu, but because it is served once a year with prices up to millions of rupiah, this menu is one that is sought at the Chinese New Year menu for family meals. Usually sea cucumbers are processed into soup.

very high nutrient content. Not surprisingly, sea cucumbers are known to Europe, Japan and the United States. Demand for the export market is estimated to range from 20,000 to 30,000 tons per year. Indonesia is the biggest producer of sea cucumbers in the world. The physical form of sea cucumbers is less attractive and may be ridiculous to some people, resulting in a lack of interest in coastal residents to process and consume sea cucumbers. In fact, sea cucumbers can provide good benefits for the body.

TEMINDO is a company that provides business automation solutions for the integration and collaboration of companies with blockchain technology.
Website: https://www.temindo.com/

PureHeart is an initiative based on social activities committed to sustainable development goals with end-to-end blockchain technology so that the standard of living of Indonesians is increasing.
Website: https://pureheart.ledgernow.com

SSC (Sustainable Supply Chain) is a blockchain solution for fast and safe collaboration for companies in the supply chain that aims to reduce operational costs, improve customer service and accelerate the delivery of goods and services to consumers.
Website: https://www.ssc.co.id/

YONK is a financial management application for SME owners (Micro, Small and Medium Enterprises) so that they get real time financial reports with prediction analysis features to help improve the credibility of MSMEs to finance companies (Financing Companies) using blockchain technology.
Website: https://www.yonk.io/

AELL is a solution to help manage digital medical record data integrated and integrated between hospitals and clinics so as to speed up the process of patient care, facilitate referral and protect patient data with blockchain technology.
Website: https://www.aell.co/

Global Usaha Semesta is a solution in the fishing industry related to trade, transportation, agriculture and fishing production services. Serving as the core that supports the operational needs of fishermen partners / plasma in the form of support for fisheries equipment platforms, industry and financing with blockchain technology. Website https://globalusaha.com/